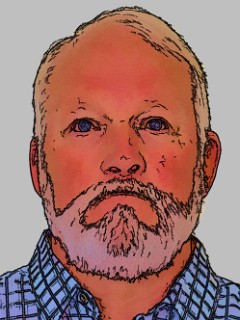 Some of my pictures.

Hi, you've landed on Mike Nielsen's web site.
Here you will see some of my pictures I use as backgrounds for my computer.
The butterflies were taken in the hot and humid 'Butterfly World' in the Isle of Wight with the Nikkor 16-80mm lens.
Also, some from my September '16 trip to the Kruger National Park, South Africa.

Not all are sharp. I started off with a simple Sigma 120-400mm lens, which worked reasonably well on my Pentax DSLRs (*iSTD, K10, K20).
When I changed to a Nikon D300s, I got the same lens for this camera, but it didn't work too well. After Sigma updated the firmware (to cope with the new D5200) and adjusted the focus, it became quite usable.

Then, a few years ago, I got a Sigma 120-300 f2.8 Sport with a few converters. This resulted in a staggering (at least for me) improvement in detail in the images, even with the new 1.4x TC1401 (not so well with the TC2001, unfortunately). However, on my last trip to Kruger, I struggled with the weight of that combination. 4kg just for lens and converter, then add a camera, grip and two batteries! I'm just getting too old.

Update September '17
As the Dutch Fleet Air Arm (MLD or Marine Luchtvaart Dienst) celebrated its 100th anniversary in Sep '17, I went (being an old 'MLDer' myself) and took some pictures (folder: MLD 100 jaar)
The next day there was an airshow at Den Helder Airport, so, since I was there for the MLD celebration, I visited that as well. Lots of nice airplanes with pilots doing things that seem impossible, particularly the Flying Bulls Aerobatics Team.

Update October '19
Added my latest trip to the Kruger National Park. Most likely, it will be my last.

Update June '20
Long time in lockdown. Missed the beginning of the dragonfly season, so had to do with flowers.

If there is a picture you would like to use, feel free, but do the honourable thing:
Mention my name!

If you wish to contact me, put 'mike' before the @ followed by the domain name (obviously without the triple w)